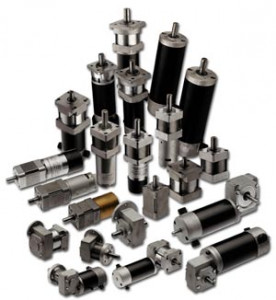 Since the company’s founding in 1998, ZD Motor has become one of the world’s leading manufacturers of geared motor units.

A Brief History of ZD Motor

Originally founded as Zhongda Motor, they started out with the production of three-phase asynchronous Y-series motors before soon beginning the development and manufacture of mini-AC gear motor units. By 2005, they were developing and producing mini-DC gear motors, and would soon open their second factory.

In 2017, ZD Motor received authorisation to float shares on the Shenzhen Stock exchange.

The technologies used by ZD Motor are always up to date and they guarantee that they will perform with high precision with state of the art equipment.

ZD Motor suppliers supply planetary gears that benefit from nanometer precision, and their drum motors combine a gear motor with a drive drum such as those used with electric shutters. ZD Motor manufacture some of their products with precision milling machines that are able to cut the metal gears and other components with an accuracy of a millimetre. For more precise cuts, ZD motor engineers use laser cutting to produce an accuracy of one hundredth of a millimetre exactly.

For ZD motor gearboxes, the engineers use special electrical sheets, which they produce at their own factories.

The AC DC gear motors by ZD Motor can be induction motors or reversible motors. Power outputs for the induction versions include 6W, 15W, 25W and 90W.

They have a wide range of DC and brushless DC planetary gear motors that come in a variety of power outputs. They also have several planetary gearboxes with a 5:1 reduction ratio.

If you require any of ZD Motor’s high precision gears, motors, micro-motors or motor controls, then contact YB Components who are the UK’s leading ZD Motor suppliers in Yorkshire. We keep local stocks of parts ready to ship out fast and free all over the UK and the rest of the world.