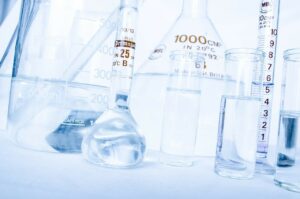 One of the main types of level sensor used in industrial applications are Senotec sensors, which are supplied by Senotec level sensors suppliers like YB Components.

During an application where there is a need for continuous measurement of the filling level, the filling level sensor will monitor the level and show it on either an analogue or digital display so the operator knows how much of the container has been filled at any one point.

As mentioned above, filling level sensors have a wide array of uses. For example, automobiles use them to monitor the various liquids used to power and maintain the vehicle, such as the fuel and oil, as well as the likes of steering or brake fluid.

Level sensors are common in industrial storage tanks to monitor the stored liquid, usually water. They can also be found in household appliances such as coffee and tea making machines.

A lot of filling level sensors use a magnetic float which rises and falls with the liquid goods within the container. The magnet on the float will signal the switch when it reaches a certain level, making sure the container is not overloaded. This type often comes with two switches, one at the top and one at the bottom. This ensures there is both a minimum amount of liquid as well as ensuring it doesn’t exceed the maximum.

Another type of filling level sensor has a capacitive measurement function and is used to monitor the electrical capacity between electrodes within a particular medium, with the changes in the relative permittivity providing a constant value that can used to measure the immersion level of the electrodes.

There are also pneumatic sensors which are often used with hazardous liquids as this level sensor design doesn’t need to come into contact with the liquid. Instead, the sensor detects the amount of air between the liquid and the pneumatic sensor, and then works out how much space is left in the container.

If you require any Senotec filling level probes or Senotec sensors, then contact YB Components who are the UK’s leading Senotec level sensors distributors.