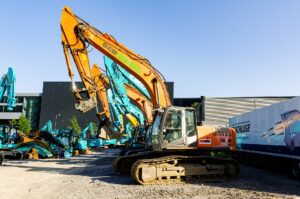 Integrated circuits consist of other electronic components including resistors, diodes and the transistors found in Senotec switching amplifiers, all described below. These components are contained upon a small piece of silicon and together they operate as an electronic circuit that can enhance the efficiency of a larger electronic device. This has the main purpose of reducing the manufacturing cost of the larger device, as well as allowing it to remain the same size.

Capacitors are also a passive two-terminal component device that temporarily stores electrical charge. They are widely employed in the building of various electronic circuits and come in a wide range of types. One of the most common types is the electrolytic capacitor, with another popular type coming in the form of a ceramic disk. Another common usage of capacitors is in electric power transmission systems, where they are help stabilise the voltage and flow of electrical current.

Transistors are three-terminal devices consisting of the base, emitter and collector terminals. They work by a voltage being sent to one of the three terminals, which then controls the current flow between the other two terminals. Such three-terminal transistors are primarily used as switching devices and amplifiers, such as the Senotec switching amplifiers available through Senotec suppliers YB Components.

Diodes have two terminals known as the ‘anode’ and ‘cathode’, both of which allow the electric current to flow in a single direction only. The power flows when the anode is charged with positive voltage and cathode with negative voltage simultaneously. You can stop the flow of current by simply reversing the voltage inputs to the anode and cathode. The most common function of an industrial diode is to convert an alternating current into a direct current.

They are a very simple electronic component, but diodes are still a very important device which are critical for applications such as AC to DC conversion, voltage spike protection, signal demodulation and reverse current protection.

The electromagnetic switches known as relays serve the purpose of opening and closing circuits either electronically or electromechanically. They are mostly used to keep low currents regulated in a control circuit, though some models are capable of regulating higher currents.

If you require any Senotec switching amplifiers or any other industrial electronic machinery parts, then contact YB Components who are the UK’s leading Senotec suppliers.