Written by [google_authorship] on 8th November 2019 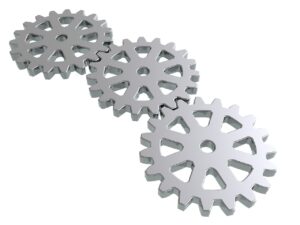 Supror Gearboxes are a professional manufacturer of gearboxes and geared motors as well as planetary and worm gear reducers. Supror planetary gear reducers are especially useful for port machinery applications as they guarantee high efficiency and operational stability.

The Supror geared motors come in either co-axial form or in right angle form for applications that require an angle. There are also special reducers available for either horizontal or vertical installation.

Originally based in China, though incorporating some imported Italian technological breakthroughs to guarantee the highest quality product, Supror Transmission have exported their gearbox products to over a hundred countries across five continents, making them one of Asia’s largest exporters of worm gear and planetary reducers.

The company was first founded back in 2003, and quickly grew to the point where in 2010, they invested $25 million (USD) to expand their company into what is now officially known as the Zhejiang Supror Machinery Technology Co. Ltd (or Supror Gearboxes/Transmission for short). This modern iteration of the company currently occupies 170,000 square metres for their design and production processes, with their production capacity already surpassing 400,000 units per year.

Supror Gearboxes make products that are more than capable of standing up to the unique challenges faced by port machinery. Equipment specialised for use at ports must be designed and built to withstand harsh and often extreme conditions while maintaining a reliable performance.

Supror geared motors and reducer products are used in ports all over the world, with YB Components able to quickly ship them anywhere they are needed. The local stocks kept by this Supror gearboxes supplier in Yorkshire means nearby businesses can expect a same-day shipment while other UK-based companies can still benefit from fast and free delivery.

Planetary gears are able to provide effective speed reduction and torque in a compact package. As should be expected, Supror planetary gears typically feature operational characteristics beyond those of fixed-axis gear trains.

Some designs of Supror planetary gears feature dual roller bearings at the output which are there to help isolate the geared parts and protect them from the effects of external transverse loads. A robust disc-shaped component usually acts as the ‘planet carrier’ in the normal planetary gear design which would include the traditional in-line shafting and cylindrical casing.

Supror’s planetary gears are especially useful as compact alternatives to standard pinion-and-gear torque reducers and they are suitable for a wide variety of applications. This includes many that are featured in port machinery and equipment, as well as other large applications such as bulldozer power trains.

These Supror geared motor units are ideal when both space and weight are also important factors as opposed to just reduction and torque.

If you require any Supror gearbox products such as the Supror RFKS helical gear worm reducer or the Supror RV worm gear reducer,  then contact YB Components who are the UK’s leading Supror gearboxes suppliers.