Written by [google_authorship] on 25th October 2019 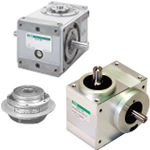 Torque limiters are required to protect loads or the equipment itself from the damage caused by excessive torque during a mechanical overload. Sometimes referred to as ‘overload clutches’, they are devices that shut down a machine in order to dissipate the rotational energy being generated by the machine’s operations.

Machinery systems that operate at relatively low speeds also end up developing an excess of torque, which becomes a major problem should that machine then malfunction. Machine components such as gearboxes and geared motors or couplings and drive shafts can be seriously damaged by excess torque during a malfunction. Torque limiters prevent this potential damage from crash stops and jams by reducing the torque to a set level.

How a Torque Limiter Limits Torque

There are a couple of main ways a torque limiter might reduce or restrict the excess torque produced during a mechanical operation. One method is called ‘slipping’ due to the inclusion and use of a friction plate slip clutch. The other frequently used method requires the torque limiter to uncouple the load entirely.

You will often see torque limiting devices presented as a specialist shaft coupling or as a hub for sprockets and sheaves.

When a torque limiter limits torque via ‘slipping’, this means it is allowing the drive shaft to continue rotating faster than the driven shaft while having slipped out of range of generating more torque. These slipping torque limiters are popular because they do not need to be reset.

There are multiple slipping versions within the slipping torque limiter range, with the main one being the use of a friction plate. When there is excess torque being generated, one of the plates slips out of contact to prevent over-torque. Other versions include the use of a magnetic particle clutch or magnetic hysteresis.

The disconnecting type of torque limiters do require being reset every time they are called into action. There are multiple types of this version too. The most common is the ‘shear pin’ type, which uses a special pin to disconnect the drive shaft from the driven shaft.

There are many examples of shear pins in use across many different applications. In the case of a torque limiter, the shear pin will be used to cease the operations of a machine once a set amount of torque has been surpassed. A shear pin requires a distinct threshold for whatever force it is being used to protect against. They are the most popular type of disconnecting torque limiters as the pins are cheap and easy to produce, while also being reliable and predictable in their behaviour.

There are multiple overload clutch products available through torque limiters suppliers, including he excellent Enemac Couplings who manufacture a wide range of torque limiters and other shaft-locking devices.

If you require any torque limiters, – then contact YB Components who are the UK’s leading torque limiters suppliers. Yorkshire-based, but shipments are fast and free all over the UK, as well as all around the world.