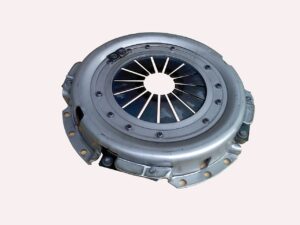 Clutch maintenance is an oft overlooked part of keeping industrial vehicles in good running order. One of the main ways to keep a clutch in good condition is to operate the vehicle with its constant maintenance in mind.  Operating your clutch with care is the best way to ensure that a vehicle with a manual transmission keeps performing at its maximum capacity.

Here are three tips to help with the maintenance of industrial clutches.

One of the most important aspects of clutch maintenance is reducing the amount of heat generated by internal friction. It helps if you avoid situations that increase internal friction, such as when the clutch is partially engaged, sometimes referred to as ‘riding’ the clutch while shifting from one gear to another.

Another common situation that leads to high levels of heat inside the clutch due to internal friction is when you ‘slip’ the clutch to gain extra forward momentum, usually while towing a heavy load. This slipping action produces a lot of heat which in turn will significantly reduce the lifespan of the clutch. An alternative to gaining extra forward momentum by slipping the clutch is to simply take it slower by starting in a lower gear.

Bleed Air Out of the Fluid

The heat generated by internal friction inside a clutch can produce small pockets of air in the hydraulic fluid which activates the clutch. These pockets of air give the clutch action a spongy effect, with the clutch action no longer precise which has a negative effect on the overall performance. To avoid this you must simply bleed the air out of the hydraulic fluid. There are a couple of ways to bleed the air out of the fluid, with the simplest being an automated bleeding system if your industrial vehicles are so equipped. The manual way involves accessing the bleed screw on the clutch’s slave cylinder and opening while someone else presses the pedal to the floor. This combination expels the air, so once it has been bled of all air you must close the bleed screw before the pedal is released.

After a good bleed, you may want to top up the hydraulic fluid. Always keep an eye on the fluid colour as well, because once it gets dark or especially cloudy then you will want to replace it completely with fresh fluid which will immediately improve the clutch’s performance.

While the pressure plate inside the clutch is the most likely candidate to acquire some damage, beware certain operational habits which can cause damage to the likes of the throw-out bearing featured in most industrial clutches.

One of the worst habits is keeping a small amount of pressure on the clutch pedal when it is not actually being engaged. This usually happens when the driver’s foot rests on it while the vehicle is stationary or going downhill. Even this small amount of pressure engages the clutch’s mechanism. Avoid this issue by making it a habit to place your left foot on the floor when you’re not shifting gears.