Written by [google_authorship] on 23rd August 2019 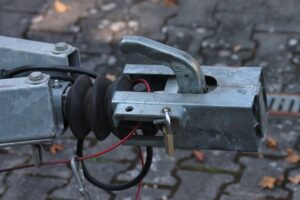 As one of the leading Universal joints distributors in the UK, YB Components have long taken an interest in the origins of machines and their parts as well as the ongoing development of ever more efficient and productive components.

As one of the many industrial machinery parts that YB Components keep local stocks of at their base in Yorkshire, ready to ship them out free all over the UK and the world, universal joint are particularly fascinating. How they were originally conceived is still represented in the names they are known by around the world, with the universal joint being a component that has quite a few different monikers depending on who you speak to.

Here we take a quick look at two of the names universal joints go by and the brilliant human beings who inspired them.

Italian physician, mathematician and writer Gerolamo Cardano was something of an enigma during the sixteenth century. He founded various fields of learning, invented several machines and was known for being exceptionally knowledgeable across a wide range of subjects including philosophy, physics, biology and chemistry. He also took a keen interest in astronomy and astrology. His writings contain multiple mentions of gimbal joint mountings, the precursor to universal joints.

It is of course the Cardan joint or shaft that takes its name from this great inventor, with the double Cardan joint drive shaft being one of the most frequently used types in modern times. The design of the double Cardan shaft enables it to minimise the issue of jerky or disruptive rotation. It achieves this by using an intermediate shaft to connect two U-joints, with the second U-joint phased in relation to the first U-joint. The intermediate shaft and the phasing of the second U-joint help to dampen the disrupted angular velocity.

Robert Hooke lived during an interesting time in English history, with the natural philosopher and architect’s actions after the great fire of London in 1666 bringing him great wealth and repute. In the aftermath of the fire, he was appointed to the position of Surveyor to the City of London and apparently took to the job rather well, performing more than half of all the surveys conducted after the fire. Not bad for a keen scientific inquirer who had been previously handicapped in his field by being financially impoverished.

During the decade or so after the fire, Hooke used his new status to analyse what had been described as a ‘constant velocity joint’, subsequently discovering it was nothing of the sort. Hooke found that the so-called constant speed of rotation of the joint was actually non-uniform. He also realised you could use the joint to accurately track the motion of the shadow on the face of a sundial.

He has been described as ‘England’s Leonardo’ thanks to the great city planning work he devised for London, and his legacy survives to this day. Part of that legacy is, of course, as one of the many names for universal joints.