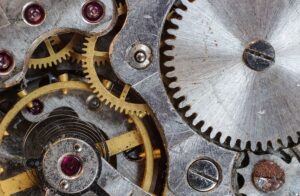 Operating out of China, the company was founded back in 1990 as the Cheng Bang Precision Industry Company and they soon established their CNC milling machine and lathe processing department. They changed the company name to Cheng Pang Precision Corp and within a few years they quickly developed a provincial distribution system as well as exporting to the Syrian and the Southeast Asian markets.

By 1998 they became CE certified for distribution in Europe and they soon expanded into new headquarters and began hiring significantly more staff. A few years later another name change saw them become known by the initials they are known as today.

Now CPG consists of a large group of dedicated professional and technical personnel who use advanced testing equipment and manufacturing processes along with established quality management systems.

There are four designs of 3-phase light duty motors, two horizontal and two vertical, with both the normal and high ratios of each of those featuring an aluminium and steel plate (brake) motor respectively.

As previously mentioned, the company itself became CE certified back in 1998, which means the company conforms with all the health, safety and environmental protection standards for products sold within the European Economic Area. They also acquired their first ISO 9001-2008 certification for the manufacture of geared motors in 2002, which is a globally recognised quality management system.

CPG has also acquired a number of CCC, CQC and TUV certifications thanks to the quality of their processes and products.

If you require any CPG motors or geared motor units,  then contact YB Components who are the UK’s leading CPG gear motor suppliers.