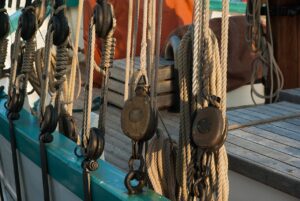 Carlisle’s synchronous speed belt range features belt drive systems that excel at noise reduction while requiring only the minimum maintenance to maintain peak operational capacity. The Carlisle variable speed belts help save time and money via this excellent efficiency, while matching and even surpassing rival belts in tests involving high levels of torque and tension.

Among the Carlisle speed belt products you will find the Cotton Drive Belt, the Air-Cooled Heat Exchanger belt, the Dual Synchronous Belt and multiple varieties of the powerful Panther and Synchro-Cog drives.

Deepak rely on over thirty-five years of experience to produce their variable speed pulleys. In this time they have expanded their business into a global brand with well over a hundred thousand of their Fixed Centre and Adjustable Centre drives in operation somewhere around the world.

Lenze manufacture a fine selection of variable speed pulleys and belts. Perhaps their most popular product is the Ribbed V-Belt which is designed to produce the highest quality performance in particularly tight spaces. The Ribbed V-Belt offers superb flexibility and has top of the range heat reduction capabilities.

Other Lenze pulley products include the Toothed Belt Pulley which is available in a variety of options such as unprocessed, pre-processed or in fully processed form, as well as multiple tooth shapes and pitches. For transmissions of up to 1000 kW, choose the Lenze Power Rotating belt.

The TB Woods industrial components catalogue includes V-belt sheaves and belted mechanical variable speed drives as well as synchronous sprockets, belts and bushings. All of the TB Woods pulleys and belts are designed to be long lasting. As well as this built-in long lifespan, the sheaves are manufactured out of fine grain and high tensile cast iron and thus require little to no maintenance or lubrication.