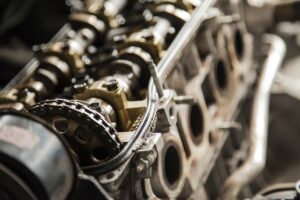 Li-Ming’s SERVOBOX series of planetary reducers make good use of helical gears to create a high precision performance. The gears themselves are precision machined which enables these Li-Ming geared motors to achieve extremely accurate gear engagement.

Also helping to achieve the high engagement and performance accuracy is the amount of backlash compensation each of these Li-Ming geared motors possess. The 1-stage planetary gear reducers of the SERVOBOX series have a maximum backlash of 7 arcmin. The backlash rating for the 2-stage models is 9 arcmin or under.

These particular Li-Ming gearboxes are made to be one single piece of high tensile strength alloy steel. Instead of mere surface hardening that many competitive gear reducers use, those of the SERVOBOX series are hardened throughout to produce extra stability during operation. This is in turn prolongs the life of the Li-Ming parts. They are also comparatively much smaller than other similar designs of gear reducers. Despite this smaller and more compact size, the Li-Ming motors of the SERVOBOX series achieve higher output torque compared to spur gear planetary gear reducers.

Another positive characteristic of these Li-Ming parts is the low noise output, with these SERVOBOX gearboxes producing under 65dB of noise output.

Both the SD and SF sub-series of SERVOBOX planetary reducers also use helical gears to achieve efficiency and accuracy and a low noise output. Both models’ high rigidity and high torque are enabled by a special design quirk that uses integrated needle roller bearings within a one-piece housing. The dual tapper bearing also allows for a high load-bearing capacity. The backlash measurement for both the SD and the SF Li-Ming gearboxes is a maximum of 3 arcmin for precision alignment.

The helical gear design of the SA Series of Li-Ming geared motors uses twice as many meshing teeth as a standard spur gear. The SA Series is also very smooth running and produces very little noise and backlash while maintaining a high torque output. The gears in this range are manufactured from high quality Ni-Cr-Mo alloy steel which has been precision machined by a CNC gear hobbing machine and carbonised to a hardness of 57 to 60 HRC.

If you require any Li-Ming parts mentioned in the above article such as the SERVOBOX motors or other Li-Ming gearboxes, then contact YB Components who are the UK’s leading Li-Ming parts suppliers.