Written by [google_authorship] on 28th December 2018 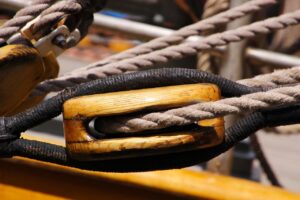 Lenze Selection are the company who manufacture all the Lenze variable speed pulleys and belts. They took on that new name in 2013 after previously being known simply as Lenze since they first entered the drive components industry back in the 1970s.

Since then they have continued expanding the range of Lenze products available to order with each of them meeting the high quality standards customers have come to expect from the company. Below we focus on a few of Lenze’s available belt drive products.

These variable speed belts are designed to produce high quality performance in tight spaces. They offer greater flexibility and reduced heat generation, both of which minimise the risk of cracks forming in the belt material. The ribbed V-belts can also be jacketed or raw-edged depending on the particular application, with options including low-expansion tensile cords or reinforced tensile cords.

Robust and hard-wearing, these belts for Lenze variable speed pulleys perform at their best with smaller-sized belt pulleys where they can produce excellent power at high speeds. They can otherwise be used among a diverse range of applications throughout the engineering and industrial machinery sectors.

The truncated V-rib design of a single Lenze Ribbed V-belt is highly efficient and can produce up to 600 kW. They each feature a large transmission ratio, significantly reduced noise levels and require only the minimum of maintenance. The elastomer compound that the belt is made of is resistant to oil and heat, as well as to potential soiling inside the belt grooves.

Producing 80% greater power transmission than stipulated in RMA standards, these ribbed belts for Lenze variable speed pulleys are also available in over 125 standard lengths to suit an enormous variety of different applications.

The toothed belt pulleys manufactured by Lenze are available in unprocessed, pre-processed or fully processed form. Additional options include coming clamped or unclamped, with the clamped version featuring an additional Taper Lock System to act as the clamping mechanism.

The Lenze Toothed Belt Pulleys are available in a huge array of tooth shapes and pitches, with low backlash toothing also available for any applications that require the minimising of backlash impact.

The Lenze power belts for rotating can be used for power transmissions of up to 1000 kW. There are various profiles, pitches and dimensions available so the ideal belt type can be customised to the specific application.

One such example is the Lenze Poly Chain Carbon Volt power belt which is the latest synchronous drive system innovation featuring patented carbon fibre and antistatic coating. It is made of a polyurethane composite and an integrated carbon fibre tensile cord which is extremely resistant to the fatigue of constant operation.

The Poly Chain Carbon Volt Lenze pulley belt is the highest performing synchronous belt on the market and will continue to meet the ISO standard 9563 throughout its entire lifetime.

If you require any of the Lenze products available such as their variable speed pulleys or belts – then contact YB Components who are the UK’s leading Lenze pulleys suppliers and who also offer a guide to interchangeable parts from other manufacturers to replace the parts that are no longer produced by Lenze.