Written by [google_authorship] on 23rd November 2018 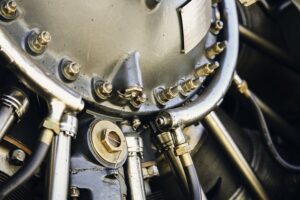 We have previously highlighted many of the most common causes of machinery failure and how to avoid them on this blog, but here we’ll focus on some of the less common causes and offer some advice on how to prevent these issues causing your machinery to require downtime for repairs or other major maintenance.

It is known that all kinds of machinery collect dirt, dust and other debris during operation, but they also do so when stored incorrectly. Also, when the normal operational debris is not cleaned out properly after each session of activity, it builds up and up until it starts affecting functionality. Even the likes of dust can settle during storage, or become moist, and thus harder to shift, and if the machine isn’t cleaned and stored correctly then the build-up of unwanted dirt and debris will eventually interfere with the machine’s performance levels.

There is also the issue of the debris attracting a variety of wire-eating rodents who might do immeasurable damage to a machine’s electrical connections.

The best way to avoid the problems of built-up dirt and rodents attracted by the dust and debris is to clean the machine (especially around the electrical connections) before storing it inside somewhere dry and protected. It is also far better to use compressed air than water when cleaning around electrical connections.

Weather-related problems are difficult to avoid if the machinery must operate outside, but being aware in advance of the potential issues caused by certain types of weather can help you get a head start in preventing any potential damage.

Wet conditions will usually be the main culprit for causing problems in machinery, especially in a dirty or muddy environment. Machinery such as combines and tractors that use gearboxes and variable speed belts can be especially susceptible to such conditions. A combine may pick up material it shouldn’t and end up with broken shafts or getting blocked completely. Even a tough old tractor can suffer by collecting mud on and around its wheels which then hardens and causes damage to areas such as the tyre sidewalls.

To avoid weather-related wear and tear, you must understand how certain weather will affect a particular machine. Is it exposed to the rain, or does it collect mud and dirt in a certain area? Are there any parts that might overheat if exposed to the sun on a particularly hot day? Once such issues have been identified, the solutions are usually very simple and easy to apply.

Unfortunately one of the issues that arises with hiring temporary staff is that they are not always as invested in the future performance levels of the machine as a permanent worker would be. Most machines will have some kind of warning signal for any major or minor problems that are happening, such as overheating of a gearbox or geared motor unit, or the misalignment of shaft connectors such as steelflex grid couplings. But these signals are often ignored by operators whose primary concern is completing that day’s or that hour’s task.

Circumvent this issue by scheduling regular checks of the machinery by a competent and reliable member of staff.

If you require any parts such as gearboxes, geared motor units, steelflex grid couplings or variable speed belts – then contact YB Components who are the UK’s leading machine parts suppliers.