Written by [google_authorship] on 31st August 2018 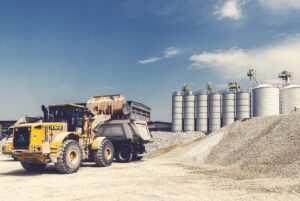 Industrial machinery experiences a lot of wear and tear which is unavoidable, although many of the problems that arise can still be minimised if not outright avoided. Here we run through five of the most commons types of industrial machinery damage and how best to either avoid or minimise the effects.

Abrasions can happen a number of ways and will usually occur when any moving parts such as those in gear-motors come into contact with each other. The worst kind of abrasion happens when a significantly harder material comes into contact with a softer material.

To prevent abrasions, always ensure separate but connected parts such as those in gearboxes and geared motor units are aligned accurately. Most abrasive damage occurs during misalignment.

Damage from erosion happens over a longer period of time to abrasive wear, but it can be eventually be just as damaging to the operational functionality of the machinery in question. Erosion involves smaller particles impressing upon larger surfaces to slowly (often very slowly) remove increasing amounts of tiny fragments of the larger surface material. It happens due to something called fluid motion or the continuous momentum effect.

To minimise erosion damage, simply ensure all machine components are clean and lubricated at all times.

The type of damage referred to as cavitation involves the creation and collapse of tiny pockets of air or other gaseous substances in liquids flowing through areas with very low pressure. Machinery using the likes of control valves, propellers, impellers and pumps are most at risk from cavitation as they are the ones most often exposed to the constant miniature shocks produced by the collapse of the air pockets.

There are several suggested solutions to reduce cavitation. First try lowering the temperature of the fluid. Secondly, cavitation may be prevented by simply increasing the volume of fluid. You can also try increasing the pressure by increasing the diameter of the impeller eye, or by installing an impeller reducer. Another possible preventative measure is to use two lower capacity pumps in unison, rather than one large one.

Frictional damage is one of the least worrying forms of wear and tear on this list as it doesn’t involve direct impacts, but it can still harm the productivity and functionality of machinery such as gear-motors and variable speed belts. While little direct damage is caused by friction, it is a resistive force that attempts to slow down or even completely stop the intended motion.

Reduce friction by ensuring all moving parts within machinery using geared motor units are well greased, oiled or lubricated as instructed by the manufacturer or parts distributors such as gearbox suppliers.

High temperatures will have a negative effect on any machine parts that have not been manufactured to be heat resistant. Even strong metals can be softened or distorted over time due to exposure to heat, so softer materials such as those in variable speed belts can be damaged even more.

Prevent heat damage by ensuring all parts and surfaces exposed to high temperatures are designed and manufactured to be heat resistant. Manufacturers should be able to provide a temperature range within which their parts should remain perfectly functional.

If you require any gearboxes, geared motor units or variable speed belts, then contact YB Components who are the UK’s leading gearbox suppliers.