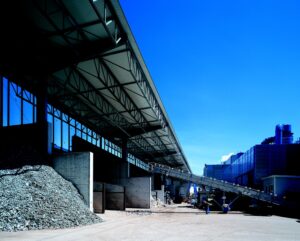 Many companies around the world must use heavy and intricate industrial machinery to carry out their daily operations, with some of these businesses unaware of all the measures they can take to ensure their machines keep running smoothly.

General care and maintenance is usually the primary concern, as well it should be, but most heavy machinery can benefit even more from a predictive maintenance service such as vibration analysis.

Why Use Vibration Analysis

There are many mechanical problems which start out very small and can go unnoticed for a considerable amount of time. Such problems as these can end up causing massive failures further down the line which do will require downtime and a repair service. With predictive maintenance measures in place such as regular vibration analysis, these problems can be detected and dealt with when they are small and pose no great threat to the machinery’s normal functions.

Vibration analysis is most useful for machinery that uses some kind of rotating component, such as certain gearboxes and geared motor units, agitators, mixers, pumps and fans. Other equipment that would benefit from vibration analysis includes compressors, extruders, refiners, paper machines and generators.

Many machines can minimise vibration issues by using the likes of AMC Mecanocaucho anti-vibration mounts. The AMC anti-vibration mounts available through AMC Mecanocaucho suppliers such as YB Components are very effective at reducing vibrations caused by the machine’s operations, although regular vibration analysis will still be very useful and may in fact be even more useful in identifying minimal changes in vibrational activity.

Keeping several steps ahead of potential damage via predictive maintenance means that replacing an entire piece of equipment due to massive failure is no longer necessary as a repair can made before that happens. Thus the cost is minimized to whatever the price of the single component that needs replacing is.

Labour costs are also reduced as there will be fewer parts that needed replacing and thus the job of getting the machine up and running again should be much quicker than if a major repair or complete replacement is necessary. There will likely be a reduction in the amount of overall repairs necessary as well, as identifying problems early on via a predictive maintenance process such as vibration analysis will mean that there will be less and less knock-on effects.

Of course, one of the main costs benefits will be a reduction in machinery downtime during hours when production should be maximised. When it is only a single component that requires replacing because it is no longer operating as efficiently as possible or a potential problem has been identified early, there is no emergency so the replacing process can be booked in to occur during scheduled downtime so that no production time is lost.

Knowing exactly what the problem is before attempting a repair will save a lot of time for those staff who are tasked with carrying out the repair. Often the first job after a machine breakdown is to spend a significant portion of time trying to figure out exactly what went wrong. Predictive maintenance solves that problem.

Predictive maintenance also increases the safety of workers operating the machinery as sudden failures can have unpredictable effects.

If you require any AMC machine mounts such as the AMC anti-vibration mounts, then contact YB Components who are the UK’s leading AMC Mecanocaucho suppliers who can ship these parts all over the world.