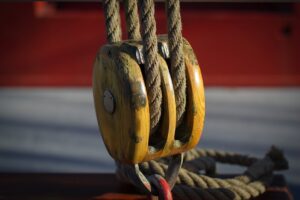 Interchangeable with the Berges variable speed belts, Deepak’s Asymmetric Drive is designed to minimise wear and tear via the disc being mounted on the hub without any keys or mechanical splines. It comes with its own lubrication that should last its entire lifetime and the drive is suitable for motor ratings ranging between 0.25 and 30 Kw.

Known as part of the ‘stepless output Speed Range’, this Deepak variable speed pulley consists of a driver pulley mounted on a motor shaft, a belt, and a driven pulley mounted on the gear box. The pulley that drives can be adjusted via a mechanical screw spindle which enables the variable speed option. The pulley that is driven will be automatically adjusted according to the adjustments made on the driving pulley.

This particular pulley system also has a unique feature named by Deepak Drives as the Automatic Torque Sensing Device, which automatically provides the best possible axial contact pressure on the pulley’s belt according to the amount of power being transferred by the driving pulley. In basic terms, the stronger the torque power, the stronger the contact pressure. This feature prevents the belt from slipping during operation even when operating with a heavy load. Even under a partial or light load, the pulley’s design ensures a long life for the belt and an overall high rate of efficiency.

This dynamically balanced Adjustable Centre Drive comes with diaphragm springs which are a type of spring specifically shaped like a disc but with tapering fingers pointing inwardly. The diaphragm spring’s design enables it to create contact pressure. The discs are made of steel, and they feature a efficient dual movement action. The bore is finished with Keyway.

Manufactured from cast iron, this Adjustable Centre Drive is designed to be used with standard variable speed belts. It features a proprietary serration design which enables highly efficient torque transmission. This compact Deepak pulley system is suitable for many different kinds of applications and features a standard speed variation ratio of 1 :2. It is also durable and can be operated in dirty and dusty environments. The adjustable motor base enables the speed variation adjustment via changing the centre distance between the driving and driven shafts.

If you require any Deepak variable speed pulleys or Berges variable speed belts, then contact YB Components who are the UK’s leading Berges and Deepak suppliers who can ship these parts all over the world.