Written by [google_authorship] on 4th January 2018 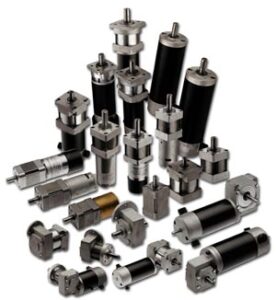 Kauermann Couplings are a German coupling manufacturer operating out of Dusseldorf in western Germany, a city renowned as being one of the country’s busiest international business and financial centres. The Dusseldorf trade fairs are famous among industry experts, so it is no surprise to find the city being host to one of the world’s finest machinery parts manufacturers.

Kauermann have produced a variety of high quality coupling products which have proven to be exceptionally popular across a wide range of industries and applications. Here we take a closer look at one of the most popular Kauermann coupling products, as well as provide a brief overview of their other designs.

The Kegelflex coupling is designed to be highly flexible, hence its popularity. The word ‘kegel’ actually translates into English as ‘cone’ or ‘skittle’, which describes the basic shape of this particular Kauermann coupling when viewed from a certain angle. It is one of the more popular models due to its versatility and reliability.

The Kegelflex coupling needs to be mounted correctly in order for the shafts to benefit from its enhanced flexibility, though Kauermann have made detailed instructions regarding the proper installation available in both their native German and in English. It is highly recommended by the manufacturer to align the two coupling discs as accurately as possible in order to prolong the lifespan of the product, even though the product is capable of handling a significant degree of misalignment. The reason for this is that the compensatory efforts of Kauermann’s Kegelflex coupling should be restricted as much as possible to the misalignment that naturally occurs during operation.

A straight-edge or dial gauge should be used when aligning the coupling discs during installation. The operator should ideally work out the radial run-out of the coupling discs at four measuring points offset by 90 degrees, although three points offset by 120 degrees will suffice if four measuring points are impossible to achieve. The correct spacing between the two coupling discs can be maintained by pushing the moulded-on ring on the outside of the coupling onto the flange hub, though take care not to disrupt or damage the flexible taper element of the Kegelflex coupling.

The German word ‘schnallen’ translates into English as ‘strap’ or ‘buckle’, thus Kauermann’s Schnallen coupling can be thought of as a buckle coupling. There are several variations of the Schnallen model, with the standard Version 1 joined by two Version 2s, with one of those having a reduced backlash feature. There are at least three other variants so it is important to know the exact size requirements of the machinery’s shafts before ordering these Schnallen couplings from Kauermann suppliers.

Another popular Kauermann coupling is the Kado coupling design, which is an elastic coupling featuring ground bolts. The Luftreifen couplings can be translated as a ‘tire-clutch’ coupling, with multiple sizes also available. The Kasi ‘slip clutch’ couplings have additional safety features to prevent slipping, while Kauermann’s Flexan couplings are also especially safety conscious while also being extra flexible.

If you require any Kauermann couplings, then contact YB Components who are the UK’s leading Kauermann suppliers who can ship each of their high quality coupling products all over the world.