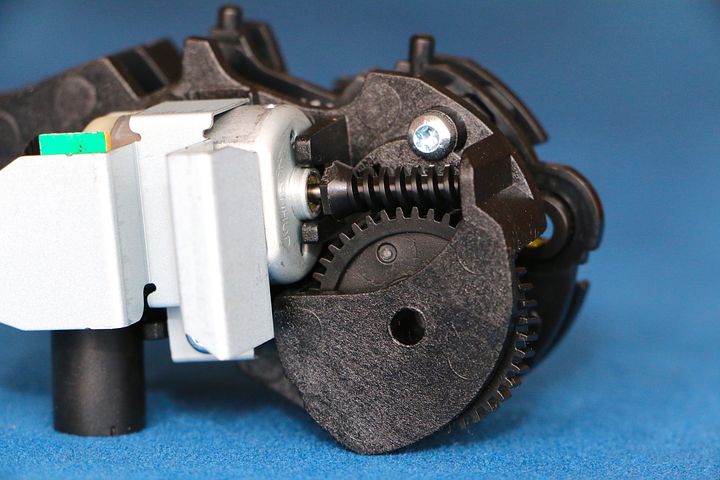 Worm drives are a type of gear mechanism where a gear in the form of a screw (the ‘worm’) engages with a more conventional wheel gear. Together these gears form a worm drive, though they are often collectively referred to as a worm gear. Gearboxes consisting of a worm drive will usually be called worm gearboxes to differentiate them from other models, such as the Spaggiari worm gearboxes available from YB Components.

Worm drives operate pretty much like ordinary gear drives by reducing or increasing rotational speed or torque. Worm gears do have two main advantages over other gear types, with the first being that they can transfer motion at a ninety degree angle, and the second being that they only produce motion in one direction. If an attempt is made to reverse the intended motion of a worm drive, the device will lock-up and prevent any motion at all.

One of the most common uses for a worm gear are for conveyor belts. A typical worm gear or worm drive can only be turned in one direction, which makes them ideal for a conveyor belt which will need to be secured motionless when shut down. It’s this locking mechanism that makes worm gears useful for security gates as well. Usually there will be two worm drives for a security gate, with one opening the gate and the other closing it. Using worm gears for this purpose means the security gate can be locked shut.

You will also find worm drives such as Zurrer Worm Gears being used in apartment blocks and multi-story office buildings, specifically in the elevator or lifts. Again it is the non-reversible property of a worm gear that makes them valuable to the mechanics of an elevator. While they have an operational function, the worm gears of an elevator also act as a failsafe secondary braking system which prevents the lifts from freefalling down the shaft (should the primary braking mechanism fail).

The simplest use of a worm gear design can be found on stringed instruments such as guitars, double basses, banjos and violins. The tuning mechanisms usually found on the head of the instrument use a simple type of worm gear to tighten or loosen the strings in order to raise or lower the pitch.

Worm gears are also used to create torsion differentials for four-wheel drive vehicles. Many off-road or construction-based vehicles need to have different amounts of torque delivered to each of the wheels depending on the terrain and the function of the vehicle, and worm gears enable the automobile manufacturers to provide this.

If you require any worm drives such as Zurrer Worm Gears or Spaggiari Worm Gearboxes, then contact YB Components who are the UK’s leading worm gear suppliers who can ship these parts all over Europe.