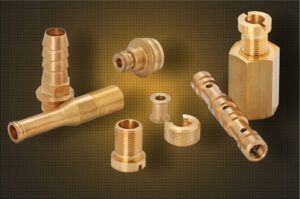 Desch Orpex couplings are primarily used to ensure completely reliable torque transmission thanks to their ability to self-align during operation. Without this self-aligning feature, operations can end up suffering delay after delay as the re-alignment would have to be done manually causing regular downtime. These special Desch couplings help save time and money by eliminating such moments of inactivity.

The Orpex coupling in particular has been used in heavy drives for decades as it is known to be one of the most reliable and practically maintenance-free industrial machine components on the market. Let’s take a closer look at what it has to offer.

The pin coupling and plug-in coupling means that these Desch clutches are easy to install with the minimum of fuss. When the components need replacing, the job is simple and easy to complete so the machinery’s downtime is minimised once again. In fact, once up and running, the Desch Orpex couplings are practically maintenance-free up until the point that they would need replacing. However, they will not need replacing very often. The Orpex coupling also features a failsafe meaning that in the event of malfunction or a sudden decrease in quality due to wear and tear, there will be little to no additional damage to the machine.

The Orpex coupling is made from a high grade metal, material code EN-GJL-250 (GG-25) which helps the components reduce any vibration caused during the machine’s operation. With such a reduction in the vibrations, the Desch clutches help the machine’s life last longer, as well as being highly resistant to wear and tear themselves thanks  to their excellent design which minimises abrasions and impacts as well as vibrations.

The bore diameters of the Orpex couplings can range as high as 640mm, though the more commonly sought type are around the 200mm diameter mark. Whatever bore diameter is required for the particular machine they will be used with should not be a problem, so just mention the required diameters when speaking to Desch distributors and other Orpex coupling suppliers.

Additional technical information about these excellent Desch couplings include the variety of torques available, with the Orpex coupling featuring a range that tops out at 1,300,000Nm, with the most commonly sought after torque being 52,000Nm. The Orpex coupling halves come pre-drilled so you don’t have to worry about sorting that out yourself, plus they are available in conical form or toothed as required. These components are also heat and cold resistant within quite a wide range of temperatures, with their reliability maintained within the range of 20 degrees below zero all the way up to 80 degrees Celsius. Desch also produce buffers which come with a hardness factor of 80 degrees Shore A.

The Desch Orpex couplings also feature a high level of compensation for radial, axial and angular shaft displacements, making them one of the most reliably accurate coupling components available today

If you require Orpex couplings or any of the other Desch clutches and coupling designs, then contact YB Components who can ship such parts all over the world.