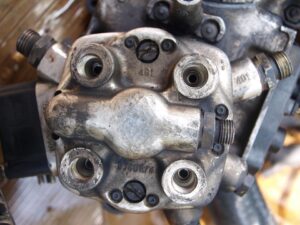 Variable speed drives have grown in importance over the course of industrial expansion and the improvement of industrial machinery technology, and most sectors greatly benefit from the ability to vary the speed of the processing power of any and all machinery involved in the production of a particular product. While they are often commonplace these days, there are still a number of industries and individual companies who rely on fixed-speed motors, so it’s worth highlighting the importance of variable speed variators (the mechanical variety of ‘variable speed drives’) as the benefits have grown much greater than simply providing more control over the processing output.

If we look at one popular brand in isolation, we can see exactly what kind of benefits they provide to operational machine processes. Spaggiari variators help produce a much smoother operation by providing control over the acceleration of a machine’s process, allowing the process to have a variety of speed options depending on the changing demand. Some types of machinery may require a slow operational speed during the set-up or commencement of its processes, but then need to be amped up in order to operate at maximum capacity once warmed up. For example, the performance of Spaggiari gearboxes and Spaggiari geared motors are much improved by the addition of mechanical speed variators, which allow for a range of operational capacities entirely dependent on the current need of the operator.

The amount of control over a machine’s process that a Spaggiari variator provides affords the operator much more accurate positioning and performance, as well as allowing them to vary the rate of production. They also allow for the adjustment of torque and tension, thus enabling the operator to have the most versatile and functionally efficient operating process possible. However, as previously stated, this absolute control over a machine’s process that a variable speed variator allows isn’t the only benefit that the likes of Spaggiari variators provide.

In recent times, the efficient use of energy has magnified in importance, especially in the industrial sector. Variable speed variators like those used with Spaggiari geared motors greatly enhance the energy efficiency of any machine they are used with because they allow the operator to reduce the energy output where necessary. A fixed-speed machine will often use more energy than is necessary for the process at hand, continuing to operate at full power even when only a fraction of that is necessary to complete a particular process. That’s where the likes of a Spaggiari variator can help a company complete certain processes without their machinery unnecessarily running at full power.

In a world that has become so much more environmentally conscious than it used to be, installing variable speed variators should be at the top of the priority list for any company running industrial machinery processes regularly.

If you are interested in converting your fixed-speed motors to the more energy efficient variable speed versions, or indeed you already have but need replacements such as the Spaggiari variators, then contact YB Components who can ship these parts all over the world.