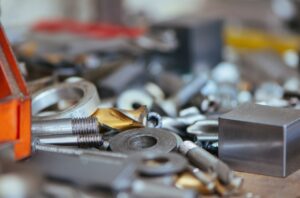 A universal joint is a type of coupling which connects two rigid shafts allowing them to bend in any direction at the joint. Universal joints distributors will often refer to them as U-joints or universal couplings, and they can sometimes be found under the names Cardan joint (especially in Europe), Hooke’s joint or Hardy-Spicer joint.

The Purpose of a Universal Joint

The universal joints manufacture process makes them especially useful with shafts that transmit rotary motion, and they are commonly used for this task in a variety of vehicles and automobiles. You will often see universal joints suppliers specifically promoting them for this purpose, though there are other ways in which they can be utilised.

U-joints generally consist of a pair of hinges located close together, usually oriented at ninety degrees from each other and connected only by a cross shaft. It’s worth pointing out here that the universal joints being discussed here are not constant-velocity joints (also known as CV joints or homokinetic joints) which are designed to allow a drive shaft to transmit power through a changing angle while maintaining a constant rotational speed. Those constant-velocity joints are most often found in front wheel drive vehicles as they operate without a without a huge increase in friction. Universal joints manufacturers do often make these products but despite their similar functions, they do actually serve slightly different purposes.

The term ‘universal joint’ appears to have first been coined in the 18th century and grew into wider use over the next hundred years. However, the concept of how they work has actually been employed by various industries and crafts since before the Middle Ages. The concept was originally inspired by the gimbal pivoted support which has a first known mention more than two thousand years ago by the Greek inventor Philo of Byzantium.

While YB Components is the leading universal joints distributor with quick and easy access to a plethora of excellent universal joints suppliers and manufacturers, there are ways to ensure you don’t have to replace your U-joints as often as the suppliers selling them would like you to!

First of all, you need to keep a regular check on any symptoms of wear and tear which could lead to failure of the U-joint. Pay attention to any unusual vibrations or shuddering effects when in operation, which should be most noticeable when being used in an accelerating vehicle. Any other strange noises should not be ignored either, so investigate any strange squeaks or clunking sounds. If your investigations reveal that one of your U-joints is faulty (among multiple U-joints in use in the same vehicle or machine) and requires replacement, it is recommended to replace them all at the same time. This is because the wear and tear that damaged one of the joints is likely to be repeated in all of them sooner rather than later and it’s better to have them all operating from the same level of durability.

However, a solitary universal joint can usually be serviced by a qualified technician in their workshop and as long as it isn’t overused especially when in a state of disrepair, then you should be able to extract a long life out of it.