Written by [google_authorship] on 9th November 2015 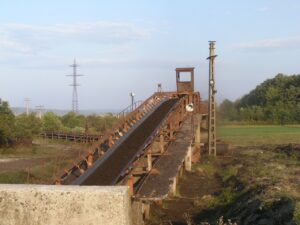 A variable speed pulley is a piece of equipment that is used to change the speed of a rotating shaft in order to either decrease or increase the revolutions of a shaft per minute. This well-established drive comprises of a ‘V’ cross section on the belt that is used in the pulley. The sides of the ‘V’ conform to the faces of the flanges on the pulley. When the flanges either open or close, the belt is forced to go up or down. This motion increases or decreases the revolutions per minute of the shaft the pulley is mounted on.

What are variable speed pulleys used for?

This type of drive is designed to create a continuous speed variation for a comparatively low cost. Variable speed drives are needed due to the fact that many applications are not required to operate at a consistent speed. Because of surrounding conditions, different speeds are required and the revolutions per minute of the driven shaft is necessary to be either increased or decreased when changes in application requirements, load conditions and other circumstances are required.

These important industrial devices are extremely versatile and are crucial in achieving versatility in order to maximise the efficiency and productivity of an application whilst remaining cost-effective.

However, as SIT notes in an advisory about variable speed pulleys, it is well known that the design of this type of belt can have excessive flange wear issues because of the drive systems employed. Although despite the fact flanges are prone to becoming excessively worn, variable speed pulleys are a reliable and economical method of creating the change of speed.

They enable operators to locate the ideal speed without having to rely on belts and sheaves. As LoveJoy notes, this is particularly important with applications whereby the final driven speed is not only crucial but is difficult to acquire with two fixed-diameter sheave.

So what about the speed?

These devices can also be used as an efficient belt tensioner, whereby no adjustment is required. A variable speed drive helps to eliminate premature wear and belt slip by acting as a ‘soft start’.

If you require any type of variable speed, mechanical or spring type pulley or belt, don’t hesitate to get in touch with YB Components. Call us today on: 0044 1977603853.