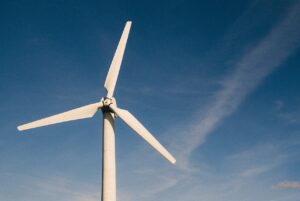 And none more so than the wind energy industry and wind turbines.

As YB Components highlighted in a blog in 2014 about how wind turbines work, gearboxes and couplings are essential components of wind energy technology. For example, gearboxes are the central component of the drive train.

However, are we about to see the likes of Pujol geared motors, Sirem gearboxes, Tchan posiflex couplings and other essential parts become unrequired in wind energy manufacturing if wind turbines were to become bladeless?

Dutch researchers have developed a bladeless wind turbine which has no moving parts. Unlike traditional wind turbines which generate electricity by converting kinetic energy into mechanical energy of the moving blades, the bladeless turbine produces electricity using charged water droplets.

Known as the Ewicon, an abbreviation for Electrostatic Wind Energy Converter, the turbine still creates electrical energy from the wind but without the use of blades. Instead, it relies on the displacement of charged particles by the wind in the opposite direction of an electrical field.

The device, as described on Wired, resembles a large tennis racket, comprising of a steel structure which holds approximately 40 horizontal rows of tubes that are insulated. Each of these tubes consist of nozzles and several electrodes. Through a procedure that has been named ‘electrospraying’, the tubes release positively-charge water into the air.

The system consists of a battery, a pump, an HVDC source and charging system. The components are positioned onto a metal plates which is charged via the removal of the droplets which have been charged.

So what are the advantages of bladeless wind turbines?

According to Wired, the benefits of the Ewicon is namely that by having no moving parts, it will undergone significantly less mechanical wear and tear than the moving blade wind turbines. There is therefore less maintenance costs involved. Furthermore, this innovative renewable energy technology creates less vibrations and is quieter, meaning it is more suitable for built-up urban settings.

You can stay up-to-date on all the latest developments in the world of industrial machinery and its various components by reading our regularly updated blog.

Meanwhile if you require any specialist parts such as Zurrer accessories, Ave chains or Berges speed belts, YB Components have a whole host of specialist industrial components in stock.